10 Evil Crimes Of The British Empire

MORRIS M. :At its height, the British Empire was the largest to have ever existed. Aside from covering most of the globe, it was responsible for some of the greatest advances in engineering, art, and medicine that the world will ever know. The Empire gave us steam engines, penicillin, radar, and even television.
However, life under the British wasn’t all just incredible inventions. Alongside the good stuff the Empire did sat a whole ream of not-so-good stuff, and alongside that a whole load of other stuff so evil it’d make Dick Dastardly balk. 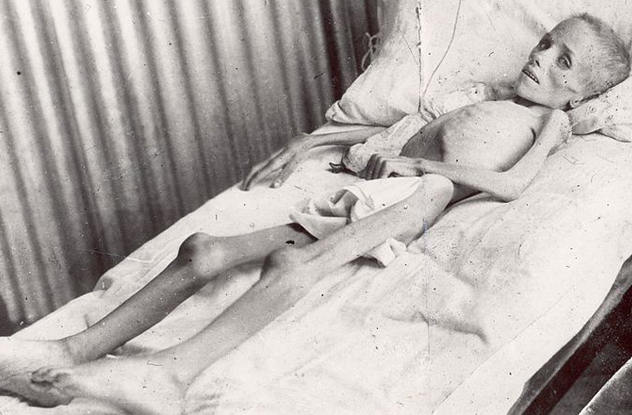 We all now know about the horrors of concentration camps, but during the time of Boer Wars, rounding up tens of thousands of innocent people anddetaining them in camps seemed like a stroke of genius. The British needed the South African populace under control and had the means and manpower to detain them. What could possibly go wrong?
Read more »
Posted by Unknown at 12:14 No comments:

Email ThisBlogThis!Share to TwitterShare to FacebookShare to Pinterest
Labels: আন্তর্জার্তিক

Supporters of abducted councillor, others on rampage all day long
Our Correspondent . Narayanganj

Agitated local people set a filling station on fire after six bodies, including that of Narayanganj city ward councillor Nazrul Islam, were recovered from the River Sitalakhya on Wednesday.
— New Age photo
The police on Wednesday found bodies of seven people, including city councillor Nazrul Islam and lawyer Chandan Kumar Sarker, abducted three days ago, afloat in a river and a ditch in Narayanganj.
Six of them were found afloat in the River Sitalakhya in the Bandar police area and the other, yet to be identified, in a ditch at Fatullah.
The bodies each had the hands and the legs tied to two sacks, each containing 12 bricks, witnesses said. The bodies were almost decomposed. Four of them were associates of the city councillor.
The Fatullah police officer-in-charge, Md Akhter Hossain, said, ‘The
case of abduction will now turn into a murder case.’
Read more »
Posted by Unknown at 08:48 No comments: One of the six bodies found in the river Shitalakkhya at Narayanganj is being pulled towards the shore yesterday. The photo was partly pixelated. Photo: Courtesy/TV grab
In a shocking turn of events, the bodies of Narayanganj city councillor Nazrul Islam and five others were found floating in the Shitalakkhya river yesterday, three days after seven people, including Nazrul, were kidnapped in broad daylight in Narayanganj.The six victims were killed and their bodies were dumped into the river in similar manner. The murderers cut the victims' bellies and then tied the bodies to sacks full of bricks before throwing into water, according to police.
Read more »
Posted by Unknown at 08:46 No comments: